According to UNICEF India, children from Muslim, Scheduled Castes (SC), and Scheduled Tribes (ST) communities, particularly girls, make up most of the out-of-school children (67 percent) population in India - although they only make up 40 percent of the child population - indicating their disproportionate exclusion from education. 43% of girls drop out before completing secondary education due to household responsibilities, marriage, child labour, limited relevance of education for employment and employability, distance to school and/or lack of sanitation facilities at the school. Ibtada is located in a region which has very few government schools in the village and adolescent girls at the risk of dropping out of school do so on account on early marriage, parents’ reluctance to educate girls, economic situation of families that do not support girls’ education, and poor academic performance. Furthermore, the COVID19 pandemic caused the government schools to remain closed since March 2020, increasing the risk of girls being unable to continue their education.

A. Need for education support:

The EMpower grant will be provided in times when the world is fighting against an unprecedented pandemic, COVID-19.

While this disruption to education and the expected reduction in global growth will have far-reaching effects for all, their impact will be particularly detrimental to the most disadvantaged students and their families, especially in poorer countries. The educational consequences of COVID-19 will last beyond the period of school closures, disproportionately affecting marginalised girls and young women. Besides the increased burden of household labour, one shadow epidemic that has resulted due to the COVID-19 pandemic is the early marriage of girls. The effects of the pandemic are life-altering for several girls in India, and there is a huge risk that many girls from marginalised communities would not return to school and will either be forced into the informal labour market or may be forced to get married.

Drawing on data from the Ebola outbreak, Malala Fund calculated the potential impact of the current school closures on girls’ dropout numbers in low- and lower-middle-income countries. They estimate that about 10 million more secondary school-aged girls could be out of school following the crisis and a large number of these could be from India.

The need to focus on STEM education:

The Sustainable Development Goals (SDGs) of the United Nations recognise that early childhood and adolescence are significant development phases in the lifespan of an individual, forming the basis of later life outcomes. When young people, especially from marginalised backgrounds participate in science, technology engineering and mathematics (STEM) and learn 21st century skills, they not only open doors to various occupations, increasing their chances of occupational and income mobility, but also learn to question, experiment and develop agency. However, women’s share in STEM jobs in India is a mere 14%. India’s National Education Policy (2020) too falls short of creating space for STEM in educational budget, in strategic partnerships or in a large-scale nation-wide programme. STEM education thus continues to remain a policy blind spot in India.

By articulating STEM as a mindset, the objective is to support young people, especially girls, realise their full potential by developing analytical minds and nurturing professional ambitions that haven’t been available to their parents.

B. Need for Mental health support

Emergencies and pandemics are known to lead to large scale psychosocial impact. The psychological impact may include emergency or pandemic-induced distress (e.g. fear of the virus, death anxiety, diffused anxiety which is future oriented, grief, physical isolation of individuals, families or communities leading to non-pathological distress and mental health problems in a small minority), worsening of pre-existing problems (e.g. severe mental disorder; alcohol abuse) and humanitarian aid-related problems (e.g. anxiety due to a lack of information about food distribution). The social problems on the other hand include pre-emergency social problems (e.g. poverty; economic disparities, being a member of a group that is discriminated against or marginalised; political subjugation); emergency-induced social and economic problems (e.g. drastic decline of income generation, economic crisis, family separation; disruption of social networks; destruction of community fabric, resources and trust; increased violence against women and girls); and humanitarian aid-induced social problems (e.g. undermining of community structures or community’s existing support mechanisms). While emergencies are likely to affect masses, certain groups of individuals such as women, children, elderly, poor, migrants, frontline workers, marginalised and those with pre-existing vulnerabilities etc., are likely to be disproportionately affected by the emergencies (Source: By Aparna Joshi, Journal of Social and Economic Development,2021)

The COVID19 One Year Survey and COVID in Her Voice report further reiterated the need to provide flexible funding for local partners, support the creation of safe spaces within communities to serve multiple needs of young people including meeting basic needs like food, medicines, menstrual health services, and mental health along with ensuring that young people, especially girls, stay in schools while navigating online/blended learning due to the pronounced digital divide.

The grant will enable Ibtada to meet three objectives:

C) COVID relief support for the adolescents and their families 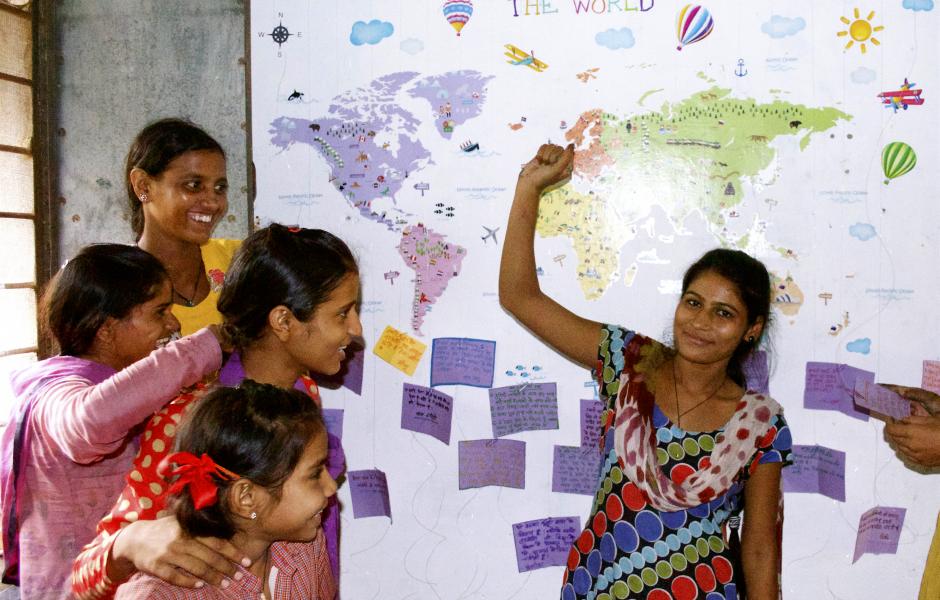