A report by Human Rights Watch and the Center for Human Rights and Global Justice (CHRGJ) in 2016 noted that caste based discrimination severely affects 165 million people in India. Despite the legal ban of the Scheduled Castes and Tribes (Prevention of Atrocities) Act in1989, caste-based discrimination is still practiced across all social classes. According to the National Crime Records Bureau (NCRB), crime against Dalits (formerly known as “untouchables”) – ranging from rape, murder, beatings, and violence related to land matters – increased by 25% from 2012 to 2017. Recent figures for Rajasthan, the state with the highest reported rate of atrocities committed against Dalits, indicate that this violence continues to rise. Among the top ten states in terms of atrocities against Dalits reported in 2017, Rajasthan ranks third with 5,134 cases registered in police stations.

Caste divisions dominate in schooling, housing, marriage, employment, and general social interaction-divisions that are reinforced through the practice and threat of social ostracism, economic boycotts, and physical violence. The NCRB data also brought out that most of the reported crimes against Dalits were against girls and women, including assault, sexual harassment, stalking and insult to modesty. Around 1.2 million people in India from lower castes are forced into ‘manual scavenging’- a practice of manual cleaning and disposal of human excrement using their hands, a broom and a cane plate from dry toilets and open defecation spaces. Out of the 20% of children involved in this practice, 70% are girls who are exposed to various health problems, gender based violence and caste-based exclusion because of their occupation. School participation rates are extremely low; of those who do make it to school, 70-80% of girls drop out before they reach the 7th standard as they are affected by the discrimination faced in classrooms (differential seating arrangements, separate serving of meals and the illegal practice of making students clean toilets and sweep floors on the basis of their caste). In the 14 districts where Jan Sahas is working in Rajasthan, around 15,000 girls belong to manual scavenging communities of which only ~4000 go to schools.

Jan Sahas is a community-based organisation, founded by Ashif Shaikh in 2000 to protect human rights of socially excluded communities through the abolishment of slavery and discrimination based on caste, class and gender. They focus on the eradication of manual scavenging, bonded labour and violence against Dalits. The National Campaign for Dignity, launched by Jan Sahas in 2003, has liberated 21,000 women and girls from manual scavenging in Madhya Pradesh, Bihar, Uttar Pradesh, Maharashtra and Rajasthan. They run dignity centres for the children of manual scavengers and provide educational support, scholarship assistance and legal support to ensure discrimination-free quality education for girls. They also wrote a report for Human Rights Watch to call on the Indian government to strictly enforce the legal ban on manual scavenging. In 2016, Ashif Shaikh was awarded the Ashoka Fellowship for leading a national level initiative to abolish the unconstitutional caste hierarchy in India, with community leaders from the lowest and most marginalized Dalit caste.

EMpower’s 5th grant is consolidating their lifeskills program for survivors of manual scavenging and gender-based violence and focusing on strengthening their fundraising initiatives with the aim of solidly documenting programming and the ability to get funding for initiatives that EMpower has supported. This grant is helping Jan Sahas to institutionalize the learnings of this program and make it financially sustainable. 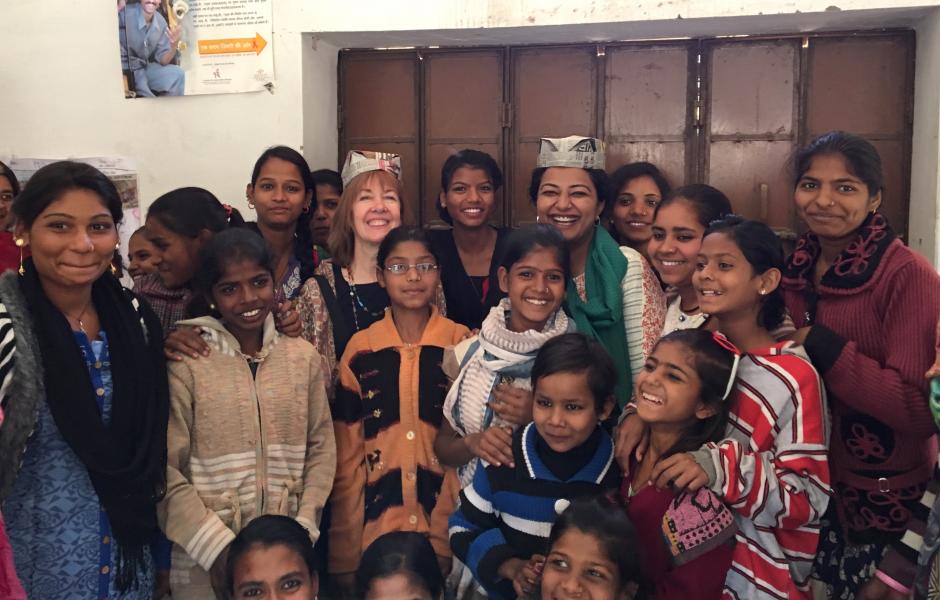 You can support our work with Jan Sahas Social Development Society and our other grantee partners.