Young people in Peru continue to face high levels of unwanted pregnancies, school dropout, and unemployment, as well as low levels of job preparedness and poor academic performance. All these problems have been exacerbated by the COVID-19 pandemic. Peru has the world’s second highest COVID-19 mortality rate and is one of the many countries where schools remained closed throughout the entire 2020 school year. A significant number of adolescents –especially those who live in poverty– left school, with the national high school dropout rate surging from 12% in 2019 to 18% in 2020. Analysts fear a mass exodus in 2021, led by vulnerable students unable to fully access virtual education. Part of the problem is that Peru is trying to switch to/ remote learning in a country where only 1 in 3 households has a computer.

UNICEF estimates that over 1.2 million new children and adolescents fell into poverty in 2020, and over 500,000 into extreme poverty. The national poverty rate has surged to 27%, a level not seen since the early 2000s. The International Labour Organisation reported a 10.5% fall in the national average income in Peru over the last year and forecasted 1.5 million jobs lost in 2020. Employment levels among young people decreased by 21% in 2020. The Central Reserve Bank calculated a 12.7% GDP contraction in 2020. This situation has increased the risks faced by the most vulnerable, especially women and girls, families living in poverty or headed by self-employed workers or single parents.

Experts warn of a rise in teenage pregnancies as health care resources are diverted to dealing with COVID-19 and access to contraception becomes more limited. The United Nations Population Fund estimates that 119,000 women, youth and adolescents in Peru interrupted the use of modern contraceptive methods in 2020, triggering more than 15,000 unwanted pregnancies. Reports of sexual violence during the lockdown have increased. The government-run hotline has been overwhelmed, receiving 17,000 calls about sexual violence against children during the first 107 days of lockdown. School closures have negatively affected the delivery of sexuality education, as the integration of comprehensive sexuality education into the online curriculum has not been prioritized.

On top of these calamities, a national political crisis erupted last November, including an impeachment and massive protests that resulted in three presidential successions in one week. This contributed to instability during the pandemic and temporarily stopped significant government coordination efforts, including negotiations to secure vaccines. Peru currently lacks a clear vaccination plan.

Alternativa was founded in 1979 and is one of EMpower’s five grantee partners in Peru. Its work includes environmental development, citizen participation and the democratization of institutions; local economic development/employment; social development; and microfinance. In recent years, the institution has been more focused on local economic development and social development (education). Alternativa actively involves adolescents in the development and implementation of its programs, by inviting them to share their feedback on past programs’ results and ideas for future ones, and by involving them as facilitators and implementers of several of its sensitization activities. Alternativa’s Executive Director serves for a two-year term, with the possibility of one re-election. In May 2018, a new Executive Director, Sonia Rodriguez Chaves, was elected. She has a BA in architecture, a masters in territorial management and development, and is an expert in environmental matters. She previously served as Alternativa’s Executive Director between 2007-2009. One of her priorities is to mainstream gender equity across Alternativa’s different areas of work. Between December 2018 and January 2019, Alternativa’s staff participated in an office-wide training on gender equity, and a committee was established to operationalize the organization’s policy on gender. Alternativa has a staff of 41 employees who are highly committed and knowledgeable in their respective areas.

EMpower’s sixth grant to Alternativa is helping 260 marginalized young people between the ages of 15 and 19 (52% female and 48% male) develop their life skills and employment prospects, adopt more gender-equitable attitudes and practices, access comprehensive sexuality education, and prevent gender-based violence, helping them cope with long-standing social problems that have been exacerbated in the context of the COVID-19 pandemic. The program is being implemented in partnership with two public schools located in some of Lima’s most vulnerable districts. Alternativa is sensitizing and/or train teachers and parents/caretakers so that they are better equipped to support youth, involving them as key contributors to the program’s success. 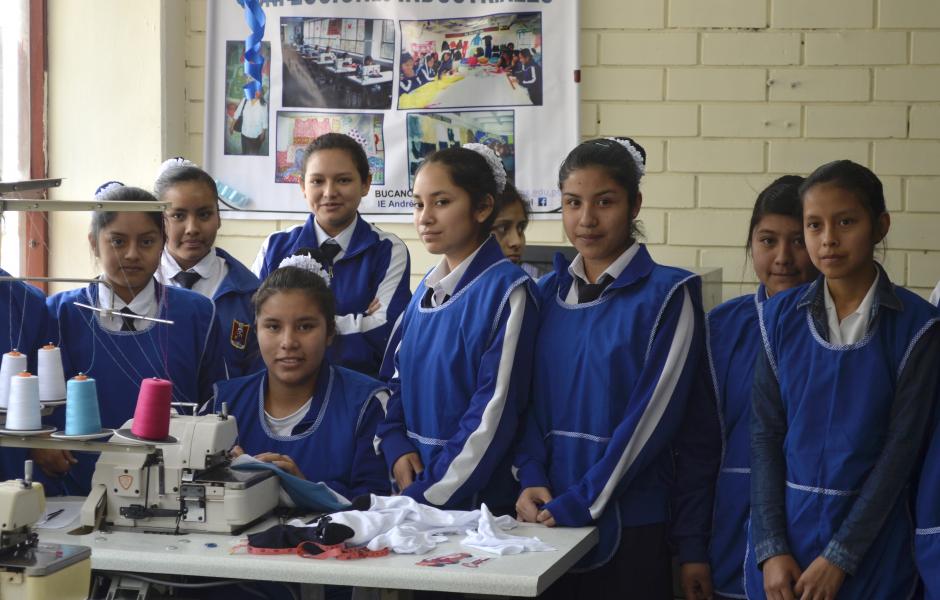 You can support our work with Alternativa Centro de Investigación Social y Educación Popular and our other grantee partners.