Founded in 2007 by successful Barranquilla businessman Samuel Azout, Fútbol con Corazón (FCC) currently runs sports-based youth development programs for over 4,000 youth aged 5-16 from low-income communities of the department of the Atlántico and Guajira along Colombia’s Caribbean coast. FCC’s methodology blends values-based sports instruction (using innovative methodologies to reinforce values such as cooperation, teamwork, respect, discipline, and honesty1) with a nutrition program, health and life skills workshops, links to vocational training, parental engagement, counseling, and community outreach. The organization’s overarching goals are to build youth leadership and strengthen community cohesion, as a means to improve young people’s life prospects, decrease violence, and increase overall quality of life in their communities. Despite its relative youth as an organization, FCC has garnered significant national and international recognition for its work. In 2010, FCC was featured on CNN International and ESPN Deportes and awarded Beyond Sport’s prestigious Global Award for Best Organization in Sport for Social Inclusion. While about half of FCC’s participants are female, it was EMpower’s support that led the organization to examine the challenges confronting girls and integrate gender equity as a crosscutting theme in their work.

Where is Futbol con Corazón? 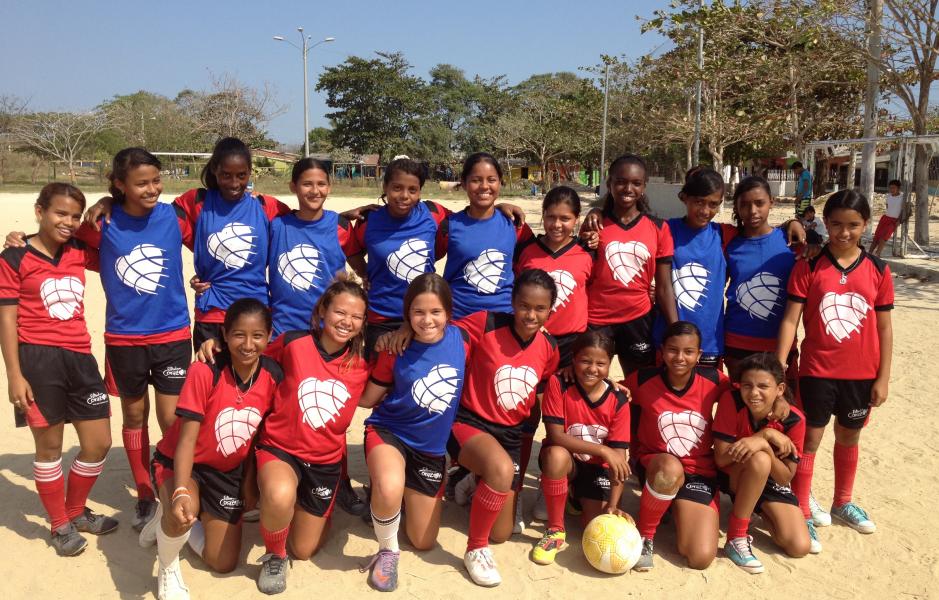