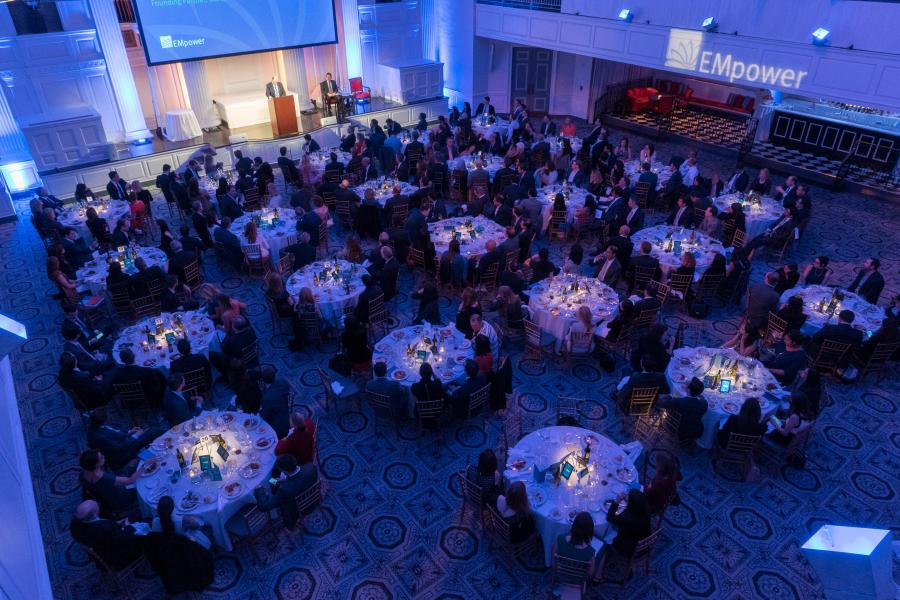 EMpower’s signature annual fundraising event, the Annual Champions of Youth Dinner, was held in New York City on April 27th and was a lively celebration raising over $511,000 to support EMpower’s work! During the evening, EMpower honored two “Champions of Youth” from Brazil, one of EMpower’s EM countries of focus.

Grantee partner Luta pela Paz was honored for its work in the favelas of Rio with young people living in poverty and amongst violence and drugs. Under the visionary leadership of Luke Dowdney who accepted the award on Luta’s behalf, the organization has replicated its youth development model that includes the use of boxing and martial arts world-wide.

EMpower’s Champion of Youth 2016 from the private sector was Arminio Fraga, Founding Partner, Gávea Investimentos Ltda., who is well-known for his role in raising awareness of the issues of poverty in Brazil. Arminio’s gracious acceptance of the award and his remarks were a highlight of the evening.

Many thanks to all EMpower supporters in attendance, especially to our Table Hosts and Challenge Pool participants who made the evening such a success!