Stories of Change: An Entrepreneur Looks Back and Gives Back 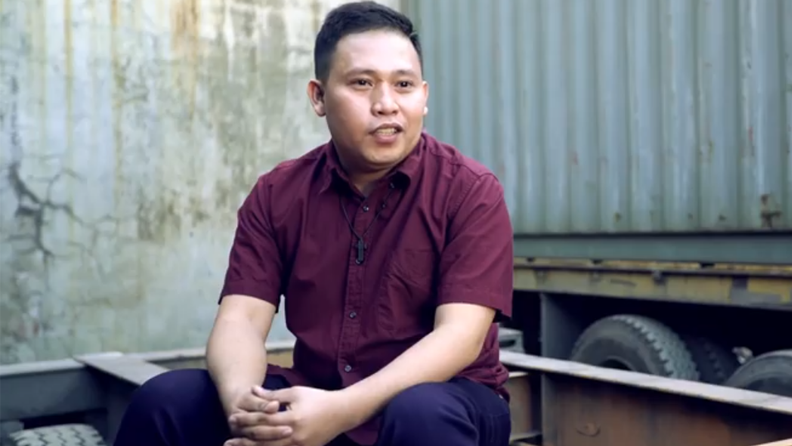 It all started with a fall. When he was 21 years old, Sanyto was helping to fix a streetlight in the Tondo neighbourhood of Manila, one of the most densely populated areas in the world.

Unfortunately, while replacing the light, Sanyto tumbled. The sign for the organisation Zone One Tondo Organisation (ZOTO) caught his eye. Later on, he approached the building with curiosity and spoke with Rodelio Ablir, Executive Director of ZOTO. Rodelio told him about the organisation’s youth programmes and welcomed him. Thus began Sanyto’s long-term involvement with the organisation that had a major impact on the course of his life.

ZOTO, an EMpower partner since 2007, is the oldest organisation serving urban, under-resourced communities in the Philippines. The organisation aims to improve the economic prospects of marginalised youth and adults through education and vocational training and gender equity initiatives, as well as by fostering leadership skills.

Keen to get involved, Sanyto enrolled in ZOTO’s computer literacy programme, which was funded by EMpower. During this two-month course, Sanyto learned the basics of how to use a computer. Soon, he was spending all of his spare time at ZOTO working on computers and building his digital aptitude. ZOTO also helped Sanyto develop leadership and management skills and provided guidance as he began to think about starting an online marketing company. Following his graduation from ZOTO’s programme, Sanyto was able to secure a microloan from a local lending institution and launched his business.

Nine years later, Sanyto’s marketing company is extremely successful, and Sanyto has become a millionaire. Using the knowledge and skills he gained at ZOTO, he was able to pull himself and his family out of poverty. He recognizes the important role ZOTO played in his life and continues to be involved with the organisation and visits regularly to donate school supplies and share his experience with the next generation. He motivates young people like himself with his story and continues to support the community. “What I like about him is that he never forgot his roots,” said Maddy Foo, founding director and underwriter of EMpower in Hong Kong, of Sanyto.

ZOTO recently received a final “sunset grant” from EMpower. The organisation will continue to have a lasting impact throughout the Philippines, particularly during COVID-19 recovery. The organisation will help other young people like Sanyto carve out their own paths. And we know that Sanyto will remain a bright light.

“To me it’s all about helping people, empowering people to dream more, to do more, to inspire more,” he noted.