Stories of Change: Tinh’s REACH journey to a full scholarship! 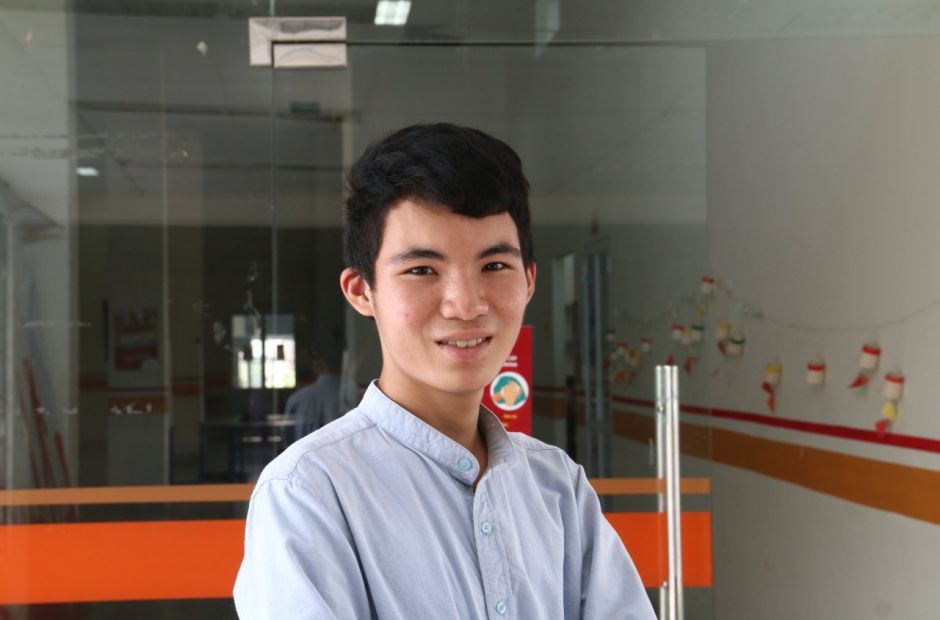 REACH is a Vietnamese NGO specialised in providing vocational training, career advice and job placement services to marginalised young people. EMpower partnered with REACH in 2016 and since that time, REACH’s commitment to young people and building up their successes has been inspiring. In this Stories of Change, we share Tinh’s story of his participation in REACH’s career training and the impact it had on his life. Most recently, Tinh received a 4-year scholarship to study English at RMIT University in Australia!

Tinh’s story was that at a very young age, he experienced a host of instabilities in his family. His parents were unemployed and they moved back and forth from the South to the North of Vietnam. This made it difficult for Tinh to have consistent schooling. His younger sister was also significantly affected.

At present, Tỉnh’s mother works at a bamboo and rattan factory earning a very low income - only three to four million VND per month. His father is an alcoholic and has been
abusive to all members of his family including Tinh. Tinh’s childhood memories are filled with domestic violence. Their father went on to sell most of their belongings to buy
alcohol. Domestic violence, poverty and an unstable life had made Tinh shy. He lacked confidence and had few friends. “I just wanted to grow up quickly so I could run away from my father,” he recalls. Right after finishing high school, Tinh started looking for work. He found employment at a chicken farm but the work was hard and the income was barely enough to survive. “I got paid very low at that job. I realized that I needed to find another pathway that was more stable so that I could help my mother and sister.”

“At first, I wanted to enroll in the cooking course at REACH, but due to a permanent injury to my hand, it was not possible to handle knives. I was counseled, and finally registered to do the sales and marketing course at REACH”.In the beginning, Tinh was very shy and defensive. But thanks to the compassion of the teachers at REACH and the friends he made there, he became more integrated and approached class activities with great enthusiasm.

The most impressive thing about Tinh is the relentless determination he has for his work and study. Through an English lesson called “Westerner hunting” in the Old Quarter (students are taken to a place where there are plenty of foreigners and are required to ‘catch’ at least one foreigner to practice speaking English) Tinh found a way to learn English. Afterward, he would return on his own many times, of his own accord, to continue practicing his English. He also actively participated in English clubs. After only a few months, Tinh has significantly improved his English communication competency. In addition, Tinh is well-known as a young guy full of love and a willingness to share. When he was studying at REACH, he would wake up early in the morning to prepare lunch boxes for his friends, whose circumstances were just as difficult as his. Currently, Tinh is
part of a volunteer team teaching English to disadvantaged children.

Tinh chooses to cope with challenges in order to improve. After completing his studies at REACH, Tinh was much more confident, though he still feared interacting with strangers and being with large crowds. With the support of his teachers, Tinh found a job as a mobile salesman which is giving him the opportunity to overcome his confidence barriers.

“Last month, I earned 10 million,” he says. “And most importantly, I don’t have any fear now. I used my money to buy some household items… and I am trying to
build a new home for my mother and sister in my hometown. My dream for the future is to eventually start my own organic food farm business because I want the community to use clean and healthy products.”