Tiempo de Juego plans to implement its program in the neighborhoods of Cazucá (municipality of Soacha, in the eastern outskirts of Bogota), La Lucha (Santa Marta, Caribbean coast), and Timbiquí (Pacific coast). Despite their disperse locations (each is located in a different Colombian state), these three neighborhoods face similar social problems and have some of the highest rates of inequality and marginalization in the country. Many of their inhabitants live in extreme poverty and experience problems such as overcrowding and domestic abuse. Major issues affecting young people include drug abuse, domestic violence, early pregnancy, and gang recruitment. Gangs, drug traffickers and guerrilla groups have a growing presence in schools. Intra-school violence, including against teachers, are increasingly common. Young people who lack hope of personal advancement in the formal economy or via the education system are vulnerable to recruitment from armed groups and criminal activities that offer unrivaled riches and status.

Specific challenges include overcrowding and a large population of internally displaced people in Cazucá, a community that is largely made up of informal settlements and has 70,000 residents, roughly 10,000 of whom are internally displaced people who have fled from regions affected by the country’s decades-long armed conflict. Cazucá is marked by high levels of extreme poverty and limited access to public services, including education and basic sanitation. La Lucha ('The Fight'), on the other hand, is one of the most challenging neighborhoods in Santa Marta. Approximately 40% of youth in La Lucha are drug users and the 7,000 people who live there have been thrown from their homes during the 52-year-long civil war. Timbiquí, similar to other communities located along Colombia’s Pacific coast, has historically been neglected by the government (due partially to heavy fighting between FARC and the government), have the inadequate or non-existent infrastructure and is struggling to cope with conflict and violent crime festering amid extremes of poverty, squalor, and neglect.

Tiempo de Juego began in 2006 as simple pick-up soccer games in Cazucá and has evolved into one of Colombia’s most innovative organizations. Displaced communities like Cazucá are among the most impoverished, marginalized, and violent in the country. Government cost-cutting measures have reduced education budgets, and as a result, children spend only half of the day in school, leaving them with unstructured free time and vulnerable to recruitment by gangs, drug use or teenage pregnancy.

Tiempo de Juego aims to fill this free time with meaningful recreational activities grounded in the Football for Peace methodology, a psychosocial initiative for building cooperation, critical thinking, confidence, and other life skills necessary to counter negative social influences. What started as a Football School in 2006 has now evolved into several in-school, after-school and weekend programs that include sports, journalism, and arts. For every activity, the core structure of Tiempo de Juego’s methodology consists of the same three parts: (1) the topic of the week is introduced (for example, self-esteem) and participants agree on the rules of the game to be played; (2) participants implement and monitor the activity based on agreed-upon rules, and (3) team members assess how well the rules are followed and homework related to the topic is assigned.

The model is unique in that students, with monitoring and support from Tiempo de Juego staff, predominantly run activities. To make the program sustainable and true practice in community building, Tiempo de Juego has created a pipeline to develop leaders through the program. 13-18-year-olds can volunteer to become monitors, and then graduate to become TdJ employees, as community managers.

Tiempo de Juego has expanded over the years and currently has chapters in Cazucá, Santa Marta and Timbiquí. Tiempo de Juego serves a population of approximately 250,000 people and works directly with 8,000 young people. It has 74 staff members distributed among the national headquarters in Bogota and the regional chapters.

EMpower’s grant to Tiempo de Juego will support 490 very young adolescents aged 10-14 (245 girls, 245 boys) to increase their knowledge about the physical and emotional changes related to their transition into puberty, increase their knowledge of sexual and reproductive health and rights to prevent early pregnancies and sexually transmitted infections. Furthermore, improve their understanding and capacity to prevent gender inequities and strengthen their leadership skills. In addition, the grant will ensure the sustainability of the "Gender Labs" in three public schools in Soacha by training 21 teachers to replicate the Labs in their schools and sensibilise 3 School Coexistence Committees formed by parents, teachers, school authorities, and students on the importance and benefits of institutionalising the Gender Labs. A portion of this grant will strengthen TdJ institutional capacity via the creation of a Gender and Equity area that will conduct the formation of an internal Gender Committee, the development of a Gender and Equity policy, and gender equity training for all staff

EMpower webinar showcases ‘‘A Window of Opportunity: Programming With and For Very Young Adolescent Girls” report in Spanish!
Posted 17 December 2020 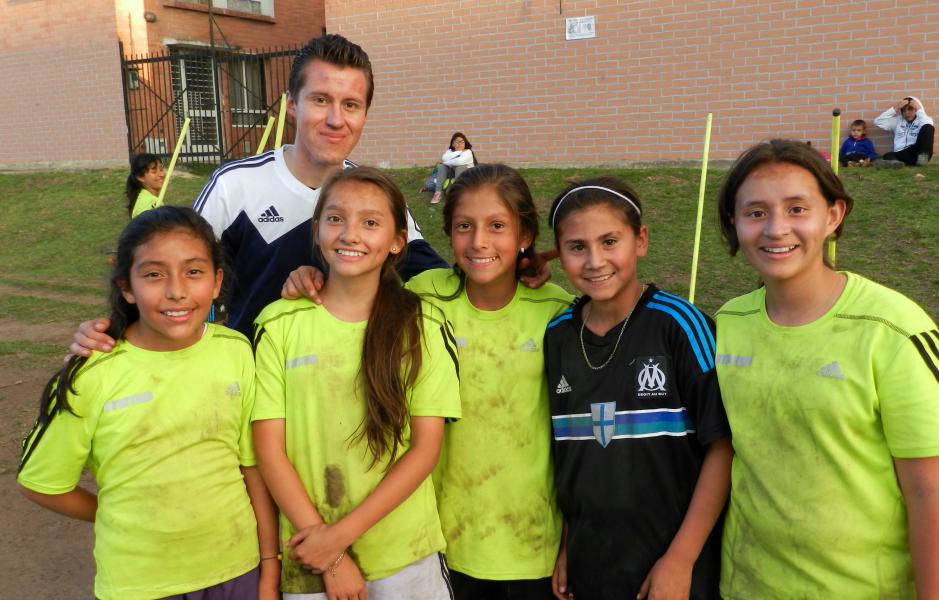 You can support our work with Fundación Tiempo de Juego and our other grantee partners.