Waste picking ranks lowest in the hierarchy of urban informal occupations and a large number of those employed in this occupation are women and adolescents. Illiterate and unskilled migrants, who are considered lowest in the caste hierarchy and the poorest, predominantly work as waste pickers, as they are unable to find any other kind of employment. In India, over 2 million people earn a livelihood through waste picking alone. There are around 150,000 waste pickers in Delhi of which 90% are women and children (more than 50,000 children involved). In Bhopura, a squatter community on the outskirts of Delhi, several thousand families of waste pickers collect massive piles of recyclable garbage for their livelihood, with little access to training, credit and healthcare. Adolescents from this community are forced into waste collecting at an early age and their work requires them to work in trash heaps, exposing them to numerous toxins. Education is a particular challenge, because they cannot go to school because of their workload and even if they go, they face discrimination. Adolescent girls in this situation face a triple burden: not only do they undertake this hazardous work, but they look after households and are married off at a very young age.

Child Rights and You (2018) has reported that nearly 23% of children between the ages of 15 and 18 years in urban Delhi-NCR region are drop-outs, while 5% of the same age group has never been enrolled in any school. However, young people - especially from urban slums in India - are denied and deprived of safe environments with access to basic services The rate of drop-out is higher among girls compared to boys due to household responsibilities, poor school infrastructure, absence of sanitation facilities. An NSSO 2014 report highlights that 32 million children were already out of school before the COVID 19 pandemic — the majority of them belonging to the socially disadvantaged sections. UNICEF's community-based monitoring findings from August-September 2020 revealed that approximately 74% of the main wage earners in families reported that their monthly income is now lower than pre-lockdown levels. About 75% of respondents mentioned that the family has a debt burden due to pandemic, and nearly half of these stated that they had to sell their personal belongings.

Chintan was founded in 1999 by Bharti Chaturvedi to address the issues of sustainable consumption, environmental and social justice. They approach the community and the issue of waste picking in a non-judgmental manner – they do not denigrate the waste picker because of the nature of their work. Rather, they enable adults in the community to derive an honorable living from recycling work (through enabling beneficiaries to be profit-earning recyclers or by institutionalizing waste picking through door to door collections and contracts with malls and hotels) while simultaneously working with young people from the community to consider future options outside waste picking if they choose. Their programs focus on capacity building for green jobs for the informal sector, inclusion of the urban poor in policymaking, research and advocacy on issues of environmental justice, and helping children working in recycling to phase out and go to school. Chintan’s work with waste pickers and e-waste has been awarded UN Climate Solutions Awards 2015 by the UN Secretariat for fighting climate change. Bharti Chaturvedi, is a renowned environmentalist and has served on various committees of the Government of India, most recently, the Expert Committee on Plastic Waste, set up by the Ministry of Environment and Forests to finalize rules for plastic waste handling, and a Task Force for social security for the informal sector, set up by the Ministry of Labour and Employment. Bharati writes widely; she has a weekly column, Earthwatch, every Monday in the Hindustan Times and blogs for the Huffington Post.

EMpower’s (Sunset grant) to Chintan will help them develop three resources for their No Child in Waste program funded by EMpower – 1) A curriculum to integrate Science, Technology, Engineering and Mathematics (STEM) training in their youth program that provides academic support to young people from waste picking communities. 2) A mental health curriculum for their youth program 3) Child Protection strategy based on the context and needs of young people 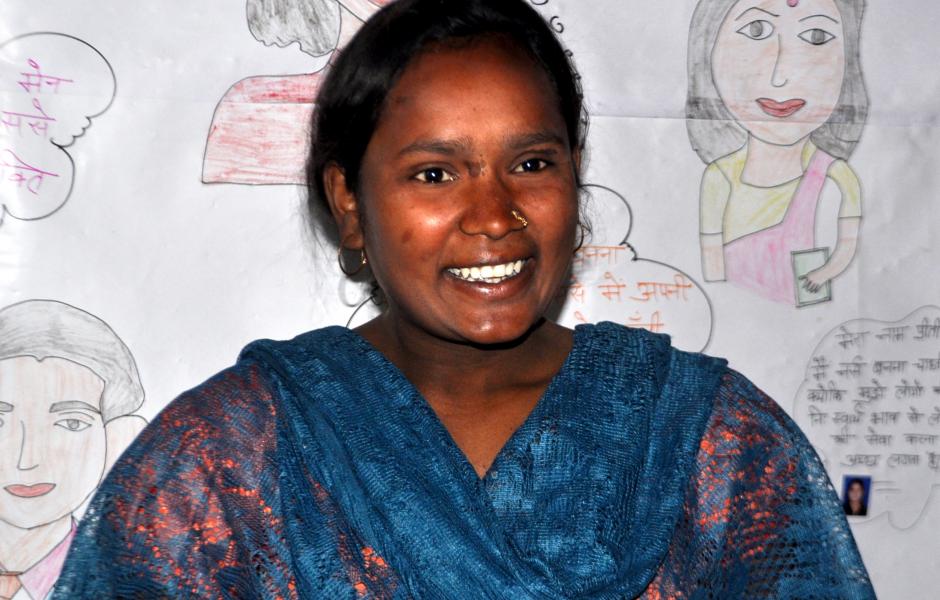 You can support our work with Chintan Environmental Research and Action Group and our other grantee partners.