EMpower has seven grantee partners in Peru, supporting work in the outskirts and urban areas of Lima, Cusco, Puno, and in Madre de Dios, with a focus on Education, Livelihoods, and Health and Well-being. Youth aged 15-24 make up 19% of Peru’s total population. Issues affecting youth include:

Yana initiated its operations in Cusco in 1992, expanding its activities to neighbouring Puno in 2013. The purpose of this grant would be to expand Yana’s operations in Puno and initiate operations in Juliaca, where young people continue to face numerous challenges. While many attend night school (CEBAs), they receive few hours of schooling and of substandard quality. There are high rates of student withdrawal and missed class time. The limitations of night schools include poor coverage, quality, relevance and equity, because of irrelevant curricula, lack of teacher training, poor infrastructure, and insufficient equipment and materials.

Child labor is an issue in Puno and Juliaca. As early as age 10, many girls migrate to Puno and Juliaca to work as domestic workers because they have been forced by their parents, need to earn money, are escaping family violence, or believe they will have access to better education. Only 5 of 10 young people in the Puno region complete secondary education; they drop out due to the need to work.

In 1992, Vittoria Savio, an Italian volunteer who had spent much time in Peru, became interested in the problems of domestic workers. She opened her home in Cusco to girls who were battered and/or escaping from homes where they were abused. Vittoria, with Ronald Zárate and Josefina Condori, formed an NGO in 2001: Centro Yanapanakusun. Yana’s reference center in Cusco, a city of 110,000 people in south-eastern Peru, provides transitional housing for girl domestic workers as well as medical, psychological, legal support and education. Yana ensures girls’ attendance at school and helps them find work with adequate pay and where they are treated with dignity. The organization has grown and today provides 5 pillar programs: Transitional housing for girl domestic workers; Communities (with Houses of Cultures in various rural communities); Education; Communications; and Responsible Tourism. Yana’s achievements include: having improved the future prospects of youth workers; a successful radio program in Cusco (ranked second regionally) and a radio and TV program in Puno, produced by youth workers; a 35% reduction in rural-urban migration by children in the communities where Yana works, education of youth workers through public night schools, and the ability to cover 35% of program costs through its hostel and tourism program. In 2013, Yana expanded its operations to Puno.

EMpower's sunset grant to Yanapanakusun will support 545 young people (396 aged 10-14 and 149 aged 15-19) from five public schools in Puno, Pucará and Lurín to strengthen their knowledge on sexual and reproductive health and rights, develop their abilities to prevent gender-based violence, improve their academic performance, and increase their professional, technical and employability skills to access employment. Program participants will also strengthen their leadership and life skills by participating in community journalism and recreational activities, and by establishing a Youth Network to discuss key social issues affecting their communities (education, environment, etc.). Yanapanakusun will document the impact of its program in Puno, after eight years of implementation with EMpower’s support, to share it with key stakeholders. In preparation for the end of the partnership with EMpower, Yanapanakusun will hire a full-time resource mobilisation specialist to bridge the resulting funding gap. 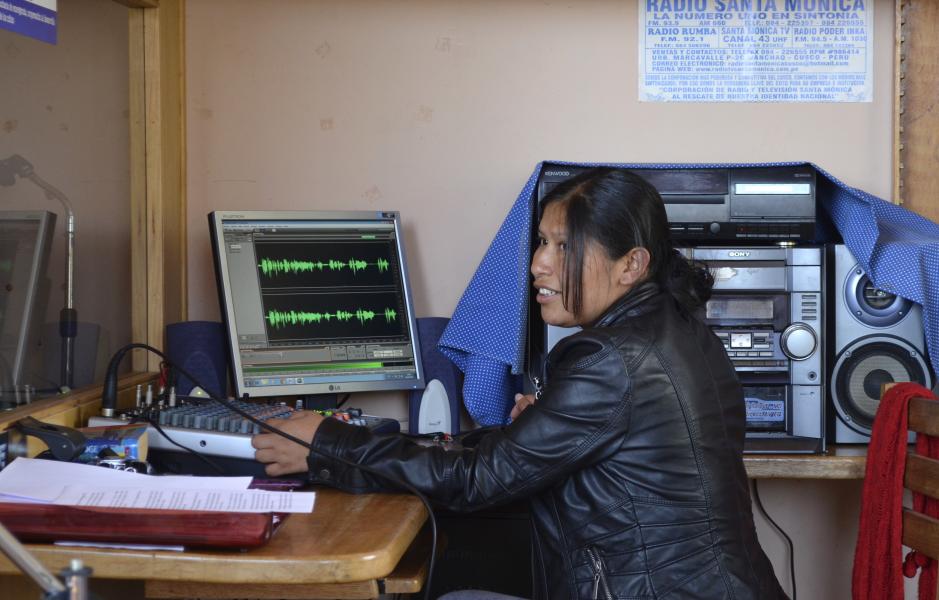 You can support our work with Centro Yanapanakusun (Yana) and our other grantee partners.